“Suspicious” Game is Rampant at SCHS 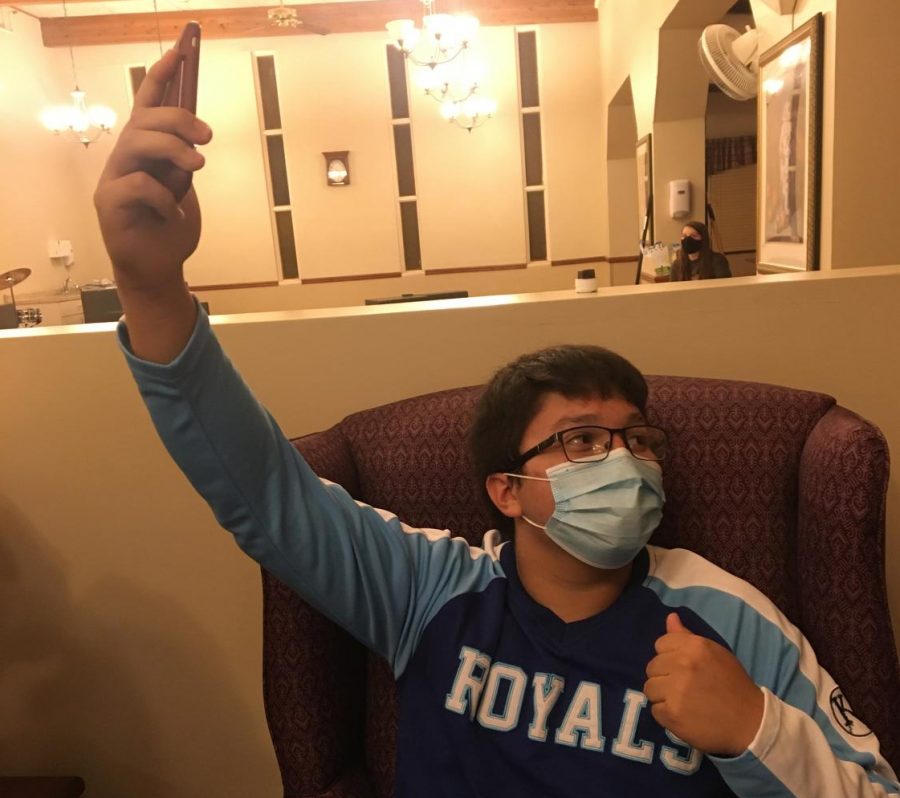 Daniel Daviu, an 11th grade student, celebrates after winning a game of "Among Us".

Games, physical or digital, tend to fade with time. Older games are forgotten and replaced with new ones. The game “Among Us” was released in June of 2018, but is now gaining popularity in 2020 and even in the Schuyler Central High School. According to gamevoyagers.com, the game’s recent successes owes much of its surge to a Twitch streamer named Sodapoppin when he came across the game, but the game has kept its audience because of its unique gameplay.

The game “Among Us” is about a team of spacemen completing tasks around their ship, and each task contributes to a bar at the top of the screen. When the bar is filled, the crew mates win. The game has a limit of ten players, of which one to three will be selected as imposters. The imposter’s job is to kill off the crew mates until the number of imposters is equal to the number of crew mates, and wins the game. “My favorite role is obviously being an imposter because it’s better than just doing your basic tasks,” stated Vanessa Uriostegui, a junior at SCHS. A meeting is called whenever a dead crew mate is discovered or a crew mate pushes the meeting button. The players then discuss who might be the imposter, and can vote to toss someone out into the vacuum of space.

After “Among Us” became popular on platforms such as YouTube and Twitch, it’s no surprise that students and teachers alike at SCHS picked up the game as well. “It is honestly helping with communication skills because in the meetings you have to discuss and come to conclusions very quickly,” Drey Keairnes, SCHS 11th grade English teacher, explained, “I play it with students, I play in random parties online, and I have a few friends I link up with.”  One of the core gameplay elements is the discussion. Players have to compare evidence to catch the imposter. At school, “Among Us” is played on mobile phones, but it can also be downloaded onto a laptop or computer. The game’s versatility helps gain audiences from both gaming styles.

The popularity of “Among Us” has spread all across the internet in a very short period of time, and students at SCHS clearly approve. These brightly colored spacemen seem to have no trouble capturing the attention of gamers all over the world. This review is brought to you from the helpful crew mate, ever suspicious of the vent in the engine room.