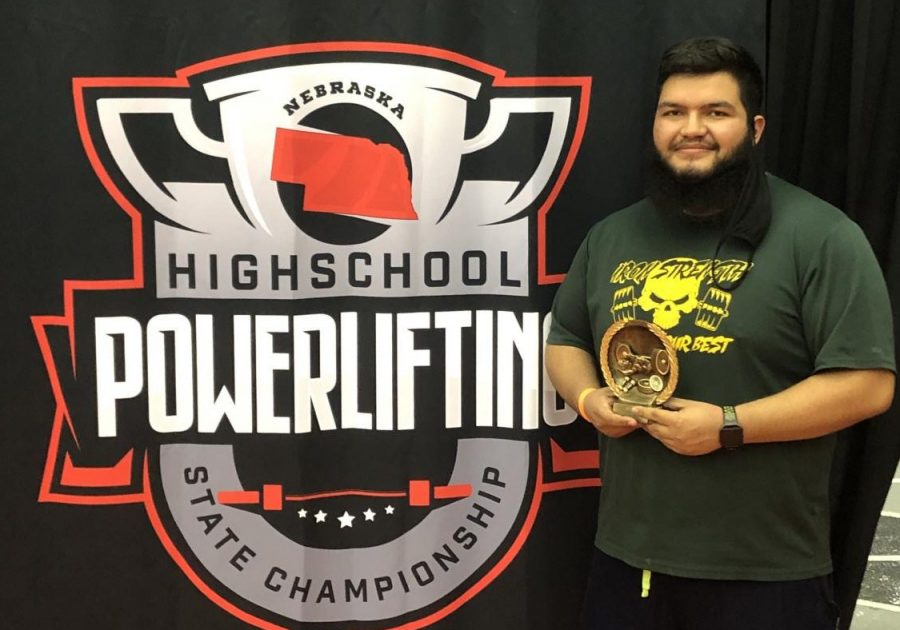 Cody Rice with his State trophy.

Cody Rice is a powerlifter and a senior at Schuyler Central Highschool. He started competitive lifting in his junior year of high school. Cody has been weightlifting since the summer of 2017. Cody’s final meet was the All Class State Championships at Midland University. Many schools were at the meet, most were from the Omaha area. Cody was ready and excited on Saturday. He had the 132 pound lead after the squat and bench press. “When he got to Deadlift, it was an awesome show!” said Aaron Thumann in an email. On Cody’s final attempt, he was going for 600 pounds. Cody was the final lifter of the day and all eyes in the arena were on him. He ended up getting the 600 pounds. “It was so awesome and one of those goosebump moments! It was a 40lb PR for him and it left no doubt that he was an ALL CLASS STATE CHAMPION that day!” stated Aaron Thumann. Cody ended up winning by 253 pounds. “I was excited and ready to get out there” said Cody when asked how he felt about the competition. Cody wanted to push himself past his limits and see what he could do. Peru State College and Midland University were where Cody’s last two meets were. Since these were his last meets, Cody just wanted to do the best that he could for everyone that has supported him and wanted to prove others wrong. “I’m glad that I was able to compete in these competitions” said Cody.